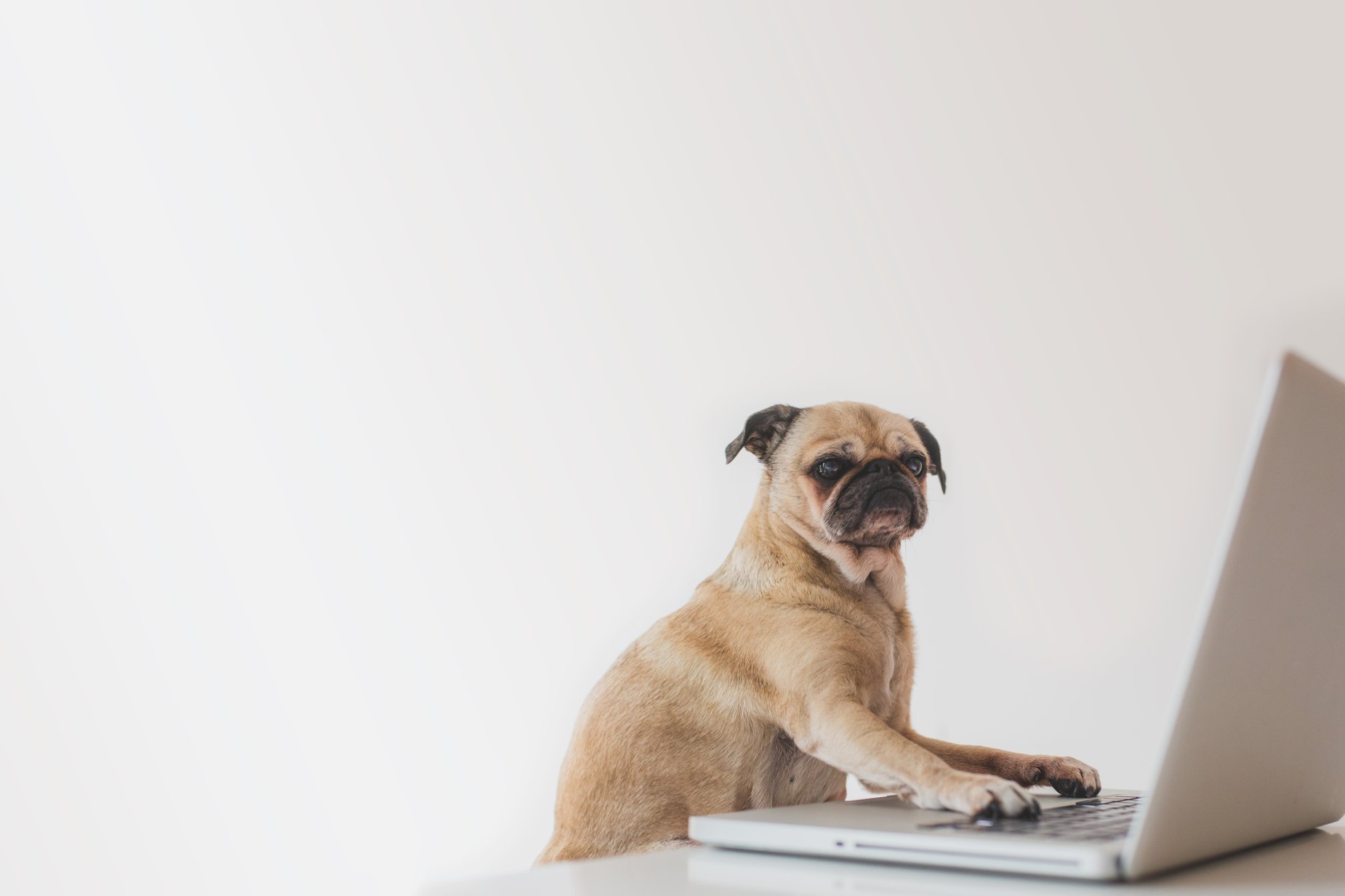 Thousands of years ago, dogs and humans held a meeting and decided to be best friends. They gave us protection against foxes eating our chickens in exchange for shelter, belly rubs, and their own Instagram profile. It’s been a pretty good deal. As a species, we’ve been working with dogs ever since then. It’s, like, a million times better to have a dog as a coworker or client than a human. Why? We’ll tell you why.

When dogs do weird things at work, it’s endearing.

Sometimes the dog you’re walking decides to rub its butthole on the grass, because that’s just the weird thing it likes to do. When it’s not medical issue, It’s pretty funny when dogs do that. You know what’s not funny? When Dave from accounting does it.

Working with dogs means someone will be ridiculously happy to see you in the morning.

When you show up to pick up your little buddy for a walk, they’re so excited! If your office coworkers have a huge grin on their faces when you arrive in the morning, something is probably going to pop out of your desk drawer when you least expect it. There’s no way they didn’t prank you.

Dogs won’t steal your lunch from you.

Noisy eating only lasts a few seconds with a dog.

Listening to human coworkers eat potato chips in an office is like listening to a smoothie being made out of a large pile of dry leaves. And the sound of sipping coffee when it’s 9:08 AM on a Monday might as well sound like a 17th century torture chamber. Sure, the sound of a dog eating isn’t exactly pleasant, but at least it only lasts a minute since dogs eat like they’ve been cast for season 382 of Survivor.

No dog has ever tried to sell you their puppy’s fundraising junk.

Near the top of the list of “Things That Have Never Ever Happened Ever” is a dog selling you gift wrapping paper or chocolate (especially chocolate!) Their puppy might be in doggy daycare, but even if that daycare forces the puppies to fund raise for their upcoming trip to the doggy beach, you’ll never know about it. That’s because dogs have respect. Unlike Dave from accounting.

Dogs will sniff out drugs at the airport in exchange for treats as payment. Talk about needing very little motivation. If we paid humans in treats to do the same exact job, well, let’s just say there would be way more confiscated cocaine being sold by drug-sniffing humans two blocks from the airport.

Sure, you might get some barking and “buffing” here and there, but that’s only because they’re 93.1% sure that squirrel they just saw was sent to destroy you, your family, and your village, and they’re the only one who can stop it. In other words, whenever a dog talks to you, it’s because they have something extremely important to call to your attention.

Advertise your dog walking business online and offline if you want to grow.

Should you become a Wag walker, or go about it on your own?